Our Future in the Desert
an exhibition by András Cséfalvay
Opening:
On view:
Program:
11 a.m. – 7 p.m., except Mondays and holidays
Location:
MAGMA Contemporary Art Space

How shall we face the desert; the heat covering everything, the vast amount of stones, the future? András Cséfalvay does not look for answers or the illusion of sollution, instead, he juxtaposes different world views and forms of knowledge emanating immutability, which are capable of showing the same questions and so-called ‘facts’ from totally different perspectives.

In his videos he gives voice to all those overshadowed, forgotten or silenced sounds that are relegated to the background in narratives characteristic of our rational world view. Sounds that no longer exist, extinct animals, dinosaurs, stones and ambassadors of distant planets become audible. There manifest the error, the hypothesis, the reason and the irrational, the scientific and the magical thinking. In his video installations different spiritual and scientific views clash and play off one against the other again and again. Such a confrontation of distinct world views, models that interpret, systematize and organize the reality, as well as scientific ideas that contradict one another sheds light on the decision processes, hierarchical relations, power aspects and individual, community or even national interests lying in the background of (scientific) facts. The facts are not tools that make possible the understanding of a total truth, since the assumption that this single truth – if there is one of this sort – would be accessible for us is both useless and arrogant.

Cséfalvay freely selects within our image of reality placed among the coordinates of rules and rational systems, according to which ‘truth’ proves to be the most useful in the given situation. He searches the relevant place of the possibility of breaking the rules, of altering the facts in any moment, of mysticism and the inexplicable, and examines whether we can hear what the desert proposes to us, whether we are capable of changing our viewpoint, even if failure is inevitable.

András Cséfalvay (1986) lives and works in Bratislava. Following his studies in mathematics and painting he obtained a doctoral degree at the Academy of Fine Arts and Design in Bratislava. In 2009 he was the winner of the Oskar Čepan Award.
He works with a wide array of media, usually with the aim of bending reality to unexpected angles, whilst something new can be discovered.
http://www.andrascsefalvay.com 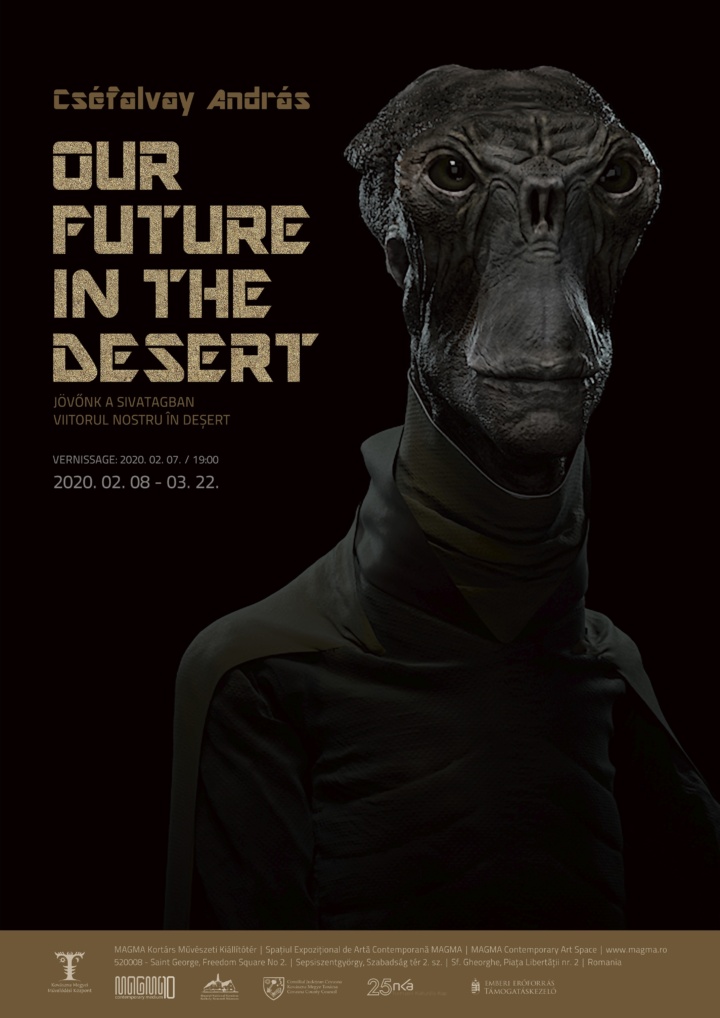 This website uses cookies to improve your experience while you navigate through the website. Out of these, the cookies that are categorized as necessary are stored on your browser as they are essential for the working of basic functionalities of the website. We also use third-party cookies that help us analyze and understand how you use this website. These cookies will be stored in your browser only with your consent. You also have the option to opt-out of these cookies. But opting out of some of these cookies may affect your browsing experience.
Necessary
Necessary cookies are absolutely essential for the website to function properly. These cookies ensure basic functionalities and security features of the website, anonymously.
Advertisement
Advertisement cookies are used to provide visitors with relevant ads and marketing campaigns. These cookies track visitors across websites and collect information to provide customized ads.
Analytics
Analytical cookies are used to understand how visitors interact with the website. These cookies help provide information on metrics the number of visitors, bounce rate, traffic source, etc.
Functional
Functional cookies help to perform certain functionalities like sharing the content of the website on social media platforms, collect feedbacks, and other third-party features.
Others
Other uncategorized cookies are those that are being analyzed and have not been classified into a category as yet.
Performance
Performance cookies are used to understand and analyze the key performance indexes of the website which helps in delivering a better user experience for the visitors.
SAVE & ACCEPT